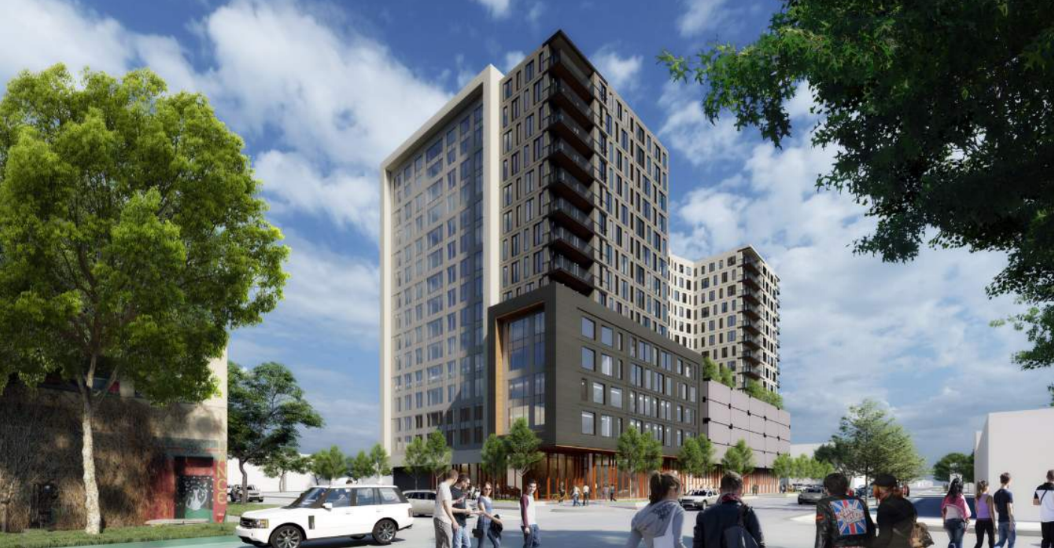 The Greyhound block isn’t the only central Denver bus station that might be on its way out.

A staffer with Shears Adkins Rockmore Architects submitted an early-stage development proposal to the city this month, calling for a 300-unit project at the northwest corner of 22nd and California streets in Arapahoe Square.

The site is currently home to El Paso-Los Angeles Limousine Express Inc., whose routes generally serve the southwestern United States and Mexico, according to its website.

The plans identify the developer as Scenic Investments.

Forty-seven of the units would be studios. There would be 193 one-bedroom units and 60 two-bedroom units. Plans call for 224 parking spaces, all above ground.

Greyhound’s bus station is located about a half-mile away, closer to the heart of downtown. The company put the station, which spans a full city block, on the market last year, and a Canadian developer submitted plans for two 400-foot towers at the site in early March. For now, however, Greyhound still owns the property.