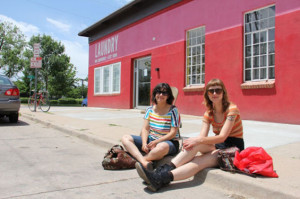 Brian Smith and the Space Creators are on a roll. They took a chance in 2010, when they opened the doors at Wazee Union, the first of their growing empire of warehouses transformed into artist communities with affordable studio space. When that gamble turned out to be even more successful than they could have imagined, they moved forward with Walnut Workshop, another project right across the tracks from Wazee Union. And this past year the third cog in their growing empire, the Laundry on Lawrence, didn’t just open its doors; it also introduced an expanded concept.