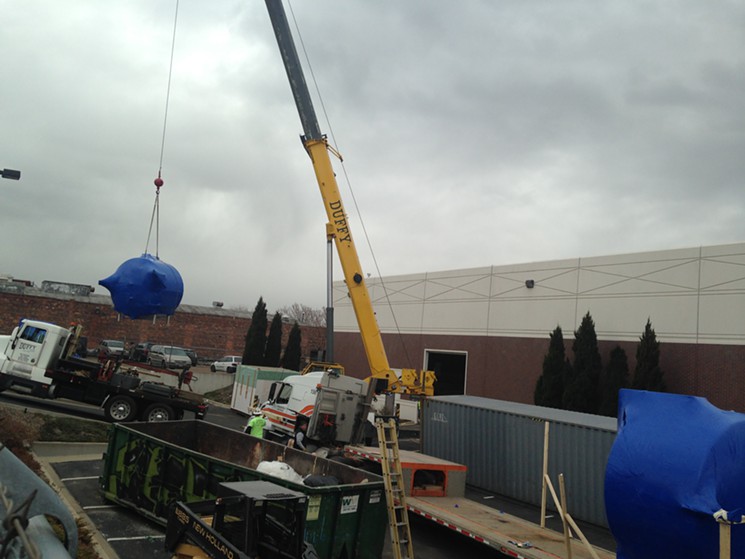 Bierstadt Lagerhaus – probably the next brewery to open in River North — got a big boost late last week when the owners took delivery of eight huge tanks and a whirlpool that will be used to make German-style lagers.

Cranes lifted the tanks into the brewery, which will be housed inside the Bindery on Blake, 2875 Blake Street, a former warehouse that will also include a cidery called C Squared and a restaurant that will serve as a showcase for both booze producers.