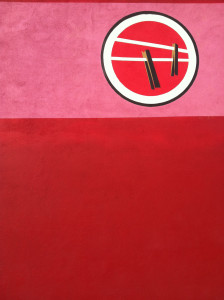 When I recently visited Laundry on Lawrence, I was trying to build a greater connection between the historic function of the building and its newly revised concept. For over 120 years the northwest corner of 27th and Lawrence St. was used as a laundry. After several fires, many physical transformations and a recent change of ownership, the facility has been washed clean of its original function. Still engrained though in the name and some of the physical features is the suggestion of Laundry on Lawrence’s past.